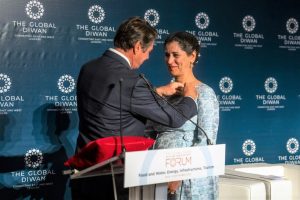 The French government has awarded HH Sheikha Intisar AlSabah, a philanthropist, social entrepreneur, author, film producer, columnist, and princess of Kuwait’s ruling AlSabah family, the Rank of Officer of the French National Order of the Legion of Honour. 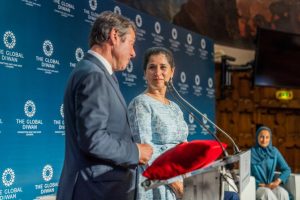 The decoration ceremony was held at the closing ceremony of The Global Diwan Economic Forum on Blue and Green Security (Environmental and Food Security) in Nice, France, on September 9, 2022, and in the presence of more than 150 most influential members of the European and Arab business community. 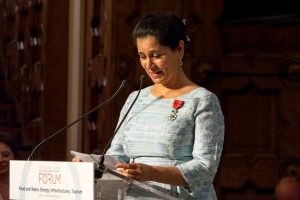 The prestigious rank was awarded to HH Sheikha Intisar by H.E. Former French Minister and Current Mayor of Nice M. Christian Estrosi. It is awarded in recognition of her humanitarian and philanthropic work and social entrepreneurship in the fields of education through positive psychology, women’s self-empowerment, and bottom-up Peacebuilding, both in the Arab world and globally.

The Legion of Honour award is the highest decoration in France and was established in 1802 by Napoleon Bonaparte.