Advisor at the Technical Committee of Intisar Foundation 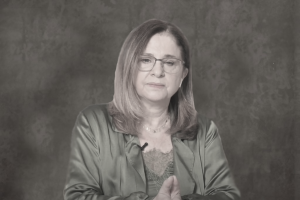 “We at Intisar Foundation urge the world to know that Arab women are no longer to be seen as mere victims but shall be empowered to become change makers who help develop their communities and create a more sustainable Peace environment in their countries.”

How does your work with the Intisar Foundation differ from your previous research experience?

Life is a journey you plan and work for, but sometimes paths cross and you realise that fate shines your way, and then your journey makes even more sense. This is how I see my connection with the Intisar foundation.

As a political scientist, and specifically as a political psychologist, I have studied how people fight wars, and how violence negatively influences them. I have also investigated why conflicts start and how Peace works. I have done research on people in order to understand how they choose a certain role in their life, how their minds work and shape their behavior, and whether their thoughts, emotions, and behaviour synchronise or not, showing what they are prone to do or not do.

My research was based on narrative analysis of people who committed massacres, as well as people impacted by violence, displacement, and other traumas. In one of my studies, I focused on the prevalence of Post-Traumatic Stress Disorder (PTSD) among Lebanese, Syrians, and Palestinians living in Lebanon, and analyzed how people with moderate to severe PTSD are prone to aggression and violence.

My entire academic work, but more so this study, helped me to define the impact of wars and trauma, suggesting theoretical solutions on how to deal with anger and how to tackle extremism and violence.

Everything came to my mind in terms of healing, from psychoanalysis, to CBT, to other forms of psychological counseling, in addition to situational changes, but I had never thought of drama therapy- it was a foreign term that belongs more to the Western world.

At this crossroad, I realized more the significance of bridging research and fieldwork, the importance of focusing on women who are disproportionally impacted by crisis and trauma. I also became aware of the innovative approach of drama therapy, not only as an alternative solution to other medical and psychological approaches to mental health treatments, but as a unique social and psychological approach that focuses on group collective work rather than individual psychological treatment.

What people in the Arab world still do not know about drama therapy?

Intisar Foundation’s introduction of drama therapy for tackling psychological illnesses is quite unique. Our expert drama therapists help our beneficiaries to introspect, speak out their thoughts, express their emotions, and learn how to better shape their behaviour.

Psychological counseling in general is still a taboo in the Arab world. On top of that, mentioning drama therapy as a psychological intervention could still be seen as an unusual approach to dealing with mental health issues.

That is the exact reason why it was quite wise of Intisar Foundation to introduce the method as a cultural intervention for women empowerment.

Their second wise step has been to provide scholarships to educate and train students at USEK on drama therapy. Hence, the foundation brings awareness to this new creative approach while, at the same time, it creates a context in which drama therapy can be accepted as an approach that helps women overcome pain and trauma and empowers them with communication strategies that help break the psychological barriers that constrain their behavior and make them suppress their emotions and thoughts.

“Drama therapy turns a small stage into a platform for women to tell what they usually do not divulge, to open their arms and dance like they never did before, to mix with women of different backgrounds (Lebanese, Syrian and Palestinian) who, although sharing common tragedies and traumas, still compete over space and resources.
Witnessing how Intisar Foundation beneficiaries help each other and care about each other’s’ needs is by itself a breakthrough from conflict to coexistence and reconciliation.”

Why has drama therapy proved to be so efficient when it comes to providing psychological support to Arab women affected by war and violence/in Arab cultures?

Drama therapy turns a small stage into a platform for women to tell what they usually do not divulge, to open their arms and dance like they never did before, to mix with women of different backgrounds (Lebanese, Syrian and Palestinian) who, although sharing common tragedies and traumas, still compete over space and resources.

Spending time together, sharing stories, and dancing together establishes one common safe space for them. Witnessing how Intisar Foundation beneficiaries help each other and care about each other’s’ needs is by itself a breakthrough from conflict to coexistence and reconciliation.

I am proud to be part of a dedicated team whose goal is to put Arab women on the map of positive transformative change in the Arab world.

I have always believed in evidence-based policy-making. I have always yearned to link fieldwork with academia – these two are no longer just the talk, because we at the foundation are walking the talk.

I am quite happy that the team and I were able publish our first scholarly article The Power of Theater Expression and Communication: A Psychological Theraputical Intervention in a Refugee Camp: An IPA Study Into the Narratives of Women Refugees’ Experience With Drama Therapy within the first two years of the foundation’s inception.

You are also leading our research projects that explain how mental health leads to Peace in individuals, communities, and societies. Please tell us more about that.

Intisar Foundation’s unique and innovative drama therapy intervention approach serves its main mission of enabling the mental and psychological empowerment of Arab women traumatised by war and violence in a region that yearns mainly for Peace.

Hence, our vision is to empower women to liberate themselves, enabling their personal traits that place them at the core of bottom-up Peacebuilding.

Drama therapy is a combination of psychological and theatrical practices. It engages the brain, emotions and bodily expressions to work in synchrony and to yield into a transformative positive change of behaviour. It permits the flexible utilization of various activities that allow each woman to explore and overcome her individual trauma at her own pace and comfort. Drama therapy has proven to be effective in being engaging, cathartic, safe, and non-burdensome.

Role-playing and seeing things from the eyes of others encourages empathy. Empathy has gained recognition among policy makers, and peace activists in the social and the political realm, especially as a powerful tool in peace building processes.

Drama therapy helps participants shift their attitudes and perceptions towards themselves and others, helps in reducing anger and aggression, improves self-esteem and leads to better peace building abilities.

Our research on the impact of drama therapy in peace building will examine the impact of this interventional therapy not merely in healing women, but also in assessing the added social, economic, and political values that those women would have in their communities in the Arab world. For best measuring the change in the women’s mental health in relation to their attitudes and behavioural change, we will link the results of pre-post DTI psychometric analysis that highlights the beneficiaries’ various psychological illnesses and symptoms with the narrative analysis of the post assessment interviews. The goal is to examine how the mental health and wellbeing of these women changed after partaking in drama therapy sessions. Then, we will analyze the women’s post intervention narratives to evaluate how the improvement in their mental health contributed to inner peace in these women.

To understand the significance of DTI in tackling mental health, our evidence-based study of the Palestinian, Syrian and Lebanese women residing in Lebanon can be replicated in other Arab countries with tumultuous situations.

As we all know, Lebanon is one of the countries that has been fraught with many social, economic, and political crisis that have increasingly affected women. Documenting our fieldwork in academic studies will provide policy makers, activists, and other NGOs with best practices on how to help communities to become more prone for Peace.
Peace-building requires internal and external/situational efforts.

Externally, zones of conflict that are fertile soils for tension and violence are always on the agenda of governments, IGOs and NGOs. These actors have been trying to end violence, some are cognizant of the need for post-conflict peace building, and are now becoming more aware that peace building that is inclusive of women, who represent their communities has proven to be more sustainable .

We at Intisar foundation believe in the role of Arab women in setting the foundation for more sustainable peace building. Our data show that women who have undergone the complete programme of drama therapy have developed internal personality traits that include self-confidence, empathy, respect to others, ability to listen, and the command to best manage their thoughts and emotions that make them at peace with themselves and strong enough to transcend those traits to their children and communities.

Hence, women who have developed such abilities are mentally healthy and socially empowered. Women with such capabilities raise children to be less susceptible to aggression and violence. They can play important roles in their own communities in dealing with their communities needs and tackling conflictive issues.

Please give us your opinion on the Intisar Foundation’s achievements since inception in 2019 until today.

I echo HH Sheikh Intisar’s vision and mission. The innovative use of drama therapy in the healing of mental health issues provides women with better soft skills, such as communication and leadership in their own communities.

We at Intisar Foundation were able to meet the challenges of COVID-19 by introducing virtual drama therapy sessions, and the results were effective in connecting the women beneficiaries and helping them deal with the compounded health and economic crisis.

We were fast to help women affected by the August 4, 2020 port explosion in Beirut, and we were also fast to switch to another technique that helps reduce the impact of the trauma at the onset. Our drama therapy session are still available to all women psychologically affected by the explosion.

What message would you like to share with the world for the occasion of World Science Day for Peace and Development?

In line with our mission to grasp the best scientific results of drama therapy intervention (DTI) on mental health, our research team is currently delving into the neuroscience sphere to examine the long-term impact of DTI.

We at Intisar Foundation urge the world to know that Arab women are no longer to be seen as mere victims, but shall be empowered to become change makers who help develop their communities and create a more sustainable Peace environment in their countries.